An Impressionist’s Guide to Holiday Destinations 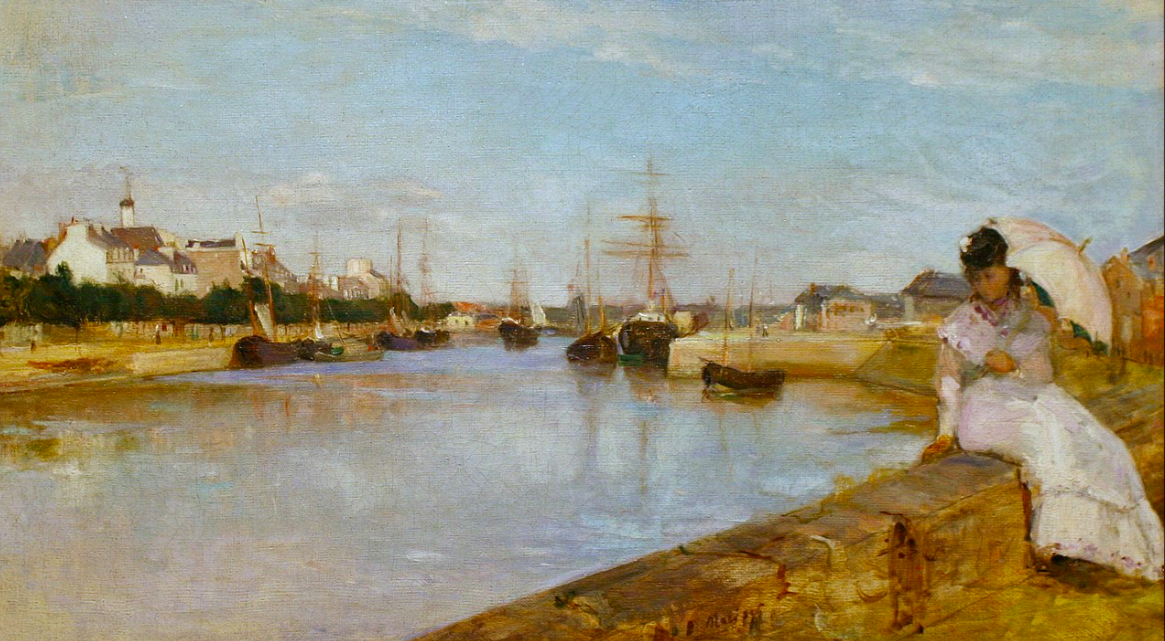 An Impressionist’s Guide to Holiday Destinations

No one knows how to travel better than the Impressionists! So why don’t we learnt from them and find the best holiday destinations from the people who spent their lives painting, travelling and drinking..

Paris is the heart of Impressionism, many painters spent their time in Montemarte, making it become Paris’s area of culture, but the painters wouldn’t just stay in the one area, there are 100s scenes of Paris painted by the Impressionists.

A view from the Pont de la Concorde in Paris, looking up the Seine towards the Ile de la Cité and you can see the Notre-Dame in the distance, painted in Bonnard’s signature colourful style. The other bridges are the Pont de Solférino and the Pont Royal.

Many people are familiar with Bal du moulin de la Galette (commonly known as Dance at Le moulin de la Galette) painting by French artist Pierre-Auguste Renoir. The painting depicts a typical Sunday afternoon at the original Moulin de la Galette (a windmill) in the district of Montmartre in Paris. In the late 19th century, working class Parisians would dress up and spend time there, dancing, drinking, and eating galettes into the evening – sounds like a great day to me.

Giverny is the location of Claude Monet’s Water Lily paintings, he visited the town just outside of Paris, fell in love with the area, rented the house where he painted the waterlily pond until he could afford to buy it. Monet spent his life perfecting the garden and pond and now you can now visit his house.

Water Lilies is a series of approximately 250 oil paintings by French Impressionist Claude Monet (1840–1926). The paintings depict his flower garden at his home in Giverny, and were the main focus of his artistic production during the last thirty years of his life. Many of the works were painted while Monet suffered from cataracts

Many Impressionists travelled to London to paint for a while. Monet resided at the Savoy, where Camille Pissarro resided in Crystal Palace in South London.

Camille Pissarro was a Danish-French painter and a key figure in the Impressionist and Post-Impressionist art movements. In 1890 he produced ‘Hyde Park’ inspired by his visit to England during the Franco-Prussian war. Pissarro focused on the dappled light and changing colours of the trees from summer to autumn.

Impression, Sunrise depicts the stunning port of Le Havre in Monet’s hometown which is in the Normandy region of France situated on the mouth of the river Seine.

Lorient is a beautiful town and seaport in the Morbihan district of Brittany in North-Western France.

Berthe Morisot traveled to Brittany several times in the years preceding the creation of this work. Since the arrival of the railway, the region welcomed painters to Pont-Aven, mainly during Summer, and Morisot went there, as well as the nearby towns Douarnenez and Quimperlé in 1866 and 1867 and created many beautiful paintings of these locations.

Ah Venice, with your incredible architecture and canals – it’s like no other place, and our travelling group of Impressionists couldn’t agree more!

Manet visited the Grand Canal Venice in September 1875 with his friend and fellow painter, James Tissot, who had settled in London after the Franco-Prussian war of 1870-71. Although the watery splendour of Venice has inspired many great artists, Manet found it hard to settle, but in spite of this he managed to paint one of his most beautiful art works.

Want to read more about Impressionism – find out exactly what it is here.