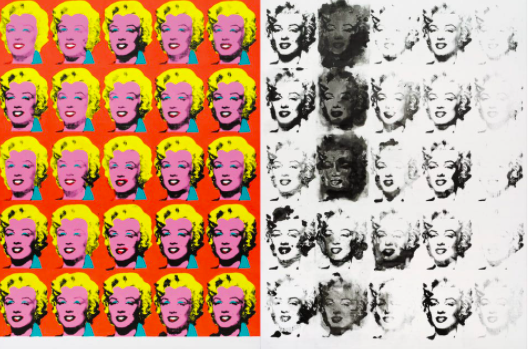 This International Women’s Day we wanted to put the spotlight on to some of the world’s most inspiring women’s artists. Although we could go on all day – we’ve settled with just 5 inspiring females artists to tell you about.

Born Magdalena Carmen Frida Kahlo y Calderón on 6 July 1907. Frida Kahlo was a Mexican painter who was known for her many portraits and works inspired by the nature and Mexican culture. Kahlo employed a naïve folk art style to explore questions of identity, post-colonialism, gender, class, and race in Mexican society. Her paintings often featured traumatic moments in her life along with fantasy and things that made her happy. Along with being a very successful artist, Kahlo belonged to the post-revolutionary Mexicayotl movement, which sought to define a Mexican identity. Kahlo’s artistic career started after being in an accident that left her bed bound for many months – she painted to deal with her loneliness but this skills developed making her become one of the most famous artists of all time.

Lubiana Himid was born in 1954, and has just had an extremely successful exhibition at the Tate Modern. Initially trained in theatre design, Himid is known for her unique approaches to painting and to social engagement. She has been known since the 1980s for her contributions to the British Black arts movement, making space for the expression and recognition of Black experience and women’s creativity. Over the last decade, she has earned international recognition for her figurative paintings, which explore overlooked and invisible aspects of history and of contemporary everyday life. In 2017 she was awarded the Turner Prize and in 2018 she was bestowed with the honorary title of CBE for her contributions to the arts.

Louise Joséphine Bourgeois born 25 December 1911 was a French-American artist. Although she is best known for her large-scale sculpture and installation art, Bourgeois was also a very good painter and printmaker. She explored a variety of themes over the course of her long career including domesticity and the family, sexuality and the body, as well as death and the unconscious ,which were deemed very ahead of her time. These themes connect to events from her childhood which she considered to be a therapeutic process. Although Bourgeois exhibited with the Abstract Expressionists and her work has much in common with Surrealism and Feminist art, she was not formally affiliated with a particular artistic movement.

Cynthia Morris Sherman born 19th January 1954 is an American artist whose work consists primarily of photographic self-portraits, depicting herself in many different imagined characters. Sherman’s breakthrough work is often considered to be the collected Untitled Film Stills, a series of 70 black-and-white photographs of herself portraying typical women roles in performance arts. In the 1980s, she started to use colour film and large prints, and focused more on costume, lighting and facial expression. Her contribution to the arts has received recognition; Sherman was the recipient of a MacArthur Fellowship in 1995 and received an honorary doctorate degree from the Royal College of Art, London, in 2013.

Elaine Sturtevant, born 23rd August 1924, was an American artists. Her work initially will look very familiar to the art of Andy Warhol or Jasper Johns. But this is actually her own work, appropriating the forms and techniques of the original to make it as similar as possible. Sturtevant appropriated the work of her male contemporaries to question the hierarchy of gender, originality, and authorship, as well as the foundations of art and culture. Warhol was very supportive of Sturtevant’s project and even let her use his screen-printer to produce the same Marilyn screen that he used in his own work. Apparently, when Warhol was asked the details of his process, he would tell people to “ask Elaine.”