10 Films to Watch During Lockdown 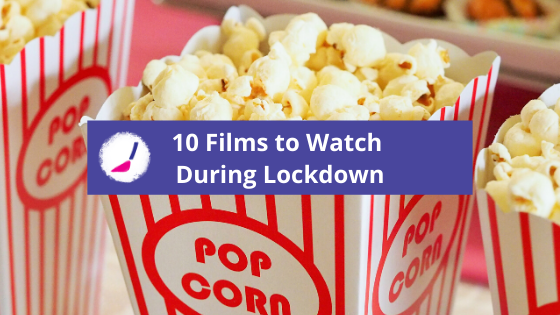 10 Films to Watch During Lockdown

Movie nights have become a regular thing as of yet, strangely. Here’s a list of great movies to watch during lockdown.

A Hitchcock classic which sees an adventure-loving photographer with a broken leg stuck in his apartment with nothing to do but gaze out the window. Seemingly harmless pastime until he notices something unsettlingly happen through one of this neighbours windows.

Ok, so being stuck in some woods which you can’t get out of may be the exact opposite of lockdown – but the sentiment is essentially the same, right? I recommend watching both the 1999 original and 2016 remake – both have the classic of a group of friends go to the woods in search of the ‘mythical’ Blair Witch equipped with handheld cameras to document what they find.

Clearly inspired by Hitchcock’s Rear Window – a Teen is under house arrest. Out of boredom he starts spying on his neighbours for some sort of excitement, until he witnesses a murder.

OK, maybe I have gone a little too dark with this one. A big family of sisters with two very over protective parents results in the parents grounding their daughters for the what appears to be the rest of their life results in awful consequences.

A few months locked away with only your family – what could go wrong? Stephen King’s thrilling novel turned into a movie masterpiece. One of the first movies to explore mental health, this film is truly haunting. Make sure you watch the 1980 version with Jack Nickolson.

A horror movie based purely on Zoom – how apt! A group of high school friends are chatting on Zoom when some unknown character keeps appearing in their chat bringing up their secrets from the past…

Another classic from Alfred Hitchcock. I’ve included this one to my list as it is a) brilliant and b) is essentially filmed in one set location (albeit the odd moment). A husband seeks revenge on his wife who had an affair many years ago..

If trashy comedy horrors are your thing – give Cabin Fever a whirl. A group of friends rent a cabin in the woods, but start to get infected by the illness of a man they killed. If you enjoy this, there’s also a remake.

A great movie adaption from another of Stephen King’s novel. A best-selling novelist is captured by an obsessive fan in this dark psychological thriller.

After waking up to the world taking over by blood thirsty zombies, a group of people seek refuge in a shopping mall. But how long can they survive there?

Have we missed any great lockdown movies? Let us know in the comments!

If you’re looking for some fun lockdown activities, other than watching films. Please read into our What’s In guide.