10 of the Most Beautiful Places in London 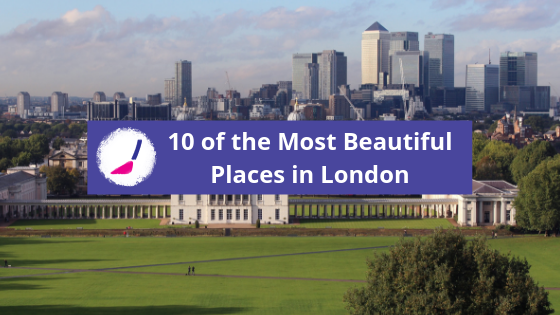 10 of the Most Beautiful Places in London

With Summer finally here, it’s time to get outside and explore 10 the most beautiful places in London.

Set on the Northern side of Regents Park, Primrose Hill has clear views of Central London. The affluent area is now home to many celebrities, so bring a picnic enjoy the views and see if you can spot yourself a celeb!

If you can’t afford a flight to Italy this might be your next best option. Little Venue lies at the junction of the Paddington Arm of The Grand Union Canal and Regent’s Canal. The Canals around here are surrounded by Regency terraced houses while the water is home to many beautiful canal boats, making the area very picturesque.

Leadenhall market was built in 1300 and was used as Diagon Alley in Harry Potter and The Philosopher’s Stone and has been the setting of many other films. The ornate structure of the roof was designed in 1881 by Sir Horace Jones.

If you’re unsure of what season it is, the exterior of The Churchill Arms will be sure to give you a few clues. At Christmas the pub is adorned with Christmas trees. Whereas in the summer it is covered in hanging baskets of flowers. This building has become an Instagrammers dream. If you want to pop in for a pint, make sure you get there early as it gets busy, especially around the festive season.

Described as a hidden tropical oasis in the heart of the City. The Barbican Conservatory is home to 2000 species of tropical plants and fish. You can visit on Sundays and admission is free.

Neal’s Yard is a small alley situated in Covent Garden which opens into a courtyard with colourful and beautiful buildings surrounding the area. Every business in this area is committed to sustainable and ethical practices. A great excuse to do a spot of guilt free shopping when you visit.

The Painted Hall in the Old Royal Naval College was designed by Sir Christopher Wren and Nicholas Hawksmoor as a dinging room for Naval pensioners. The painting on the ceiling is nothing less than mesmerising. The hall has just been reopened after two years of restoration.

If you walk from Kensington High Street to Kensington Palace, the difference in your surroundings becomes quite a change. One moment you’re on a busy high street, the next you’re wandering up a peaceful boulevard. The interior of the building is breathtaking and so are the gardens, so make sure you put a few hours aside to enjoy both.

Greenwich Park is one the largest open spaces in South East London. The park has incredible views of the City and also is home to Green Observatory if you have time!

This church was ruined in The Blitz but has now been transformed into a public garden. The plants have grown and wound themselves around the ruins making an eerie but spectacular site.

Do you have a hot date coming up? Check out our date ideas here.