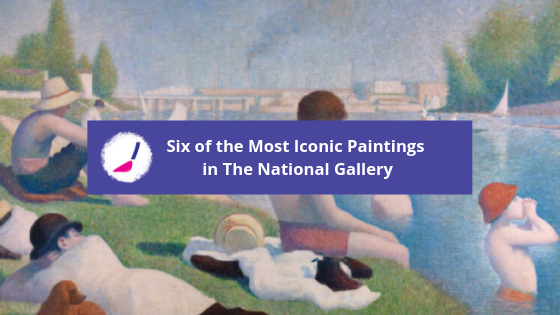 Also known as The Toilet of Venus, this painting shows the  goddess Venus with her son Cupid holding up a mirror for her to gaze at her reflection. Originally from Spain, Velazquez caused outrage with his female nude as the Spanish Church disapproved and the controversy didn’t stop there. In 1914, a lady visiting the National Gallery attacked the painting with a meat chopper. The lady managed to make many slashes to the painting before getting restrained and arrested.

This woman was a well known suffragette, Mary Richardson. Upon her arrest, Richardson explained ‘I have tried to destroy the picture of the most beautiful woman in mythological history as a protest against the Government destroying Mrs Pankhurst, who is the most beautiful character in modern history. Justice is an element of beauty as much as colour and outline on canvas‘. Emmeline Pankhurst has been arrested just the day before under violent circumstances. The painting has now been restored.

Painted in approximately 1485, Mars, who is the God of War, was one of the lovers of Venus, Goddess of Love. In this painting, it is implied the two have been making love, Mars is fast asleep and unarmed, unable even to be waken by an instrument being played directly in his ear. While Venus is awake and alert. The meaning of the picture is that love conquers war. Art Historians have speculated that this painting would have been created for a wedding, as sex was a common joke in Renaissance Italian Weddings.

This is always one of those paintings that stays with me for a while after viewing it. The painting depicts the execution of 16 year old, Lady Jane Grey who became Queen for just 9 days after the death of her cousin, Edward VI in 1553. Lady Grey Jane was driven from the throne by Mary Tudor, Edward VI’s half sister. The four life sized figures around Lady Grey Jane in the painting all depict a range of emotions from despair to compassion to pity, with Lady Grey Jane herself is depicting courage.

There may be one painting you have to queue to see in The National Gallery, and this would be Van Gogh’s study of Sunflowers completed between August and September 1888. In this particular painting of the Sunflowers, the flowers have started to die with the yellows slightly muted and the petals and stems starting to wilt.

The Execution of Maximilian – Edouard Manet

The feature that may first catch your eye about this painting, is that the original painting has been cut up into fragments. This happened after the artists death, and the segments were sold separately. Artist, Edgar Degas is the person responsible for purchasing all the remaining pieces and reassembling back into one larger painting. Maximilian was the puppet Emperor of Napoleon who was installed into Mexico. When Napoleon withdrew his troops, Maximilian was captured and executed alongside two of his generals.

It’s hard to miss Seuret’s large painting capturing bathers in the North-West suburb of Paris on a summer’s day. The painting was created by the artist drawing the figures from life drawing models and drawing small sketches of the bay on site, which he later used to construct this painting. Interestingly, the painting was not created during Seuret’s Pointilism period, however, once he discovered this artistic technique he later returned to this painting and added in elements of this method.

Feeling inspired? Try your hand at painting your own canvas at a PopUp painting event soon! To see our upcoming events, please go here.