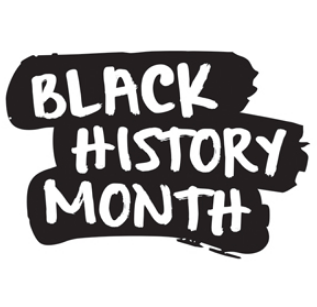 October is Black History Month and here at PopUp Painting HQ we are marking the occasion by celebrating Black Art History.

Upon delving deeper into British Black Art History we found, unfortunately, that there is little to celebrate about the history of Black Art in Britain. As the artist and activist Sonya Boyce puts it; there is a ‘mass systematic amnesia’ about the rich history of art produced by Black and Asian artists by the British art establishment. Part of our awakening to this fact was aided by the recent BBC4 documentary ‘Whoever Heard of a Black Artist?’ (a must watch…catch it here) which highlighted the insidious racism that exists in the art world. The documentary which came about when the above mentioned artist Sonia Boyce began to scour public archives as part of her research to curate an exhibition of Black and Asian artists from, and living, in Britain. This research led Boyce to find over 2,000 works of art that had been buried in collections all over Britain and had never been seen before in public exhibitions.

Many of the artists found in the uncovered collections were essential protagonists in the movements that shaped the fabric of art history, without their inclusion the story of British art is severely distorted and more worryingly, a whitewash.

Let’s take a moment to look at a selection of these important and influential artists; 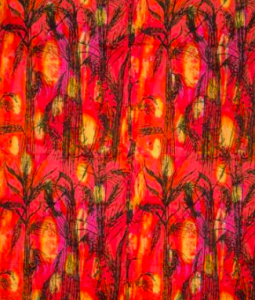 Althea McNish was the first successful black female artist in Britain. The artist’s colourful textiles which were influenced by her Trinidadian heritage were snapped up by Liberty, Balenciaga and Dior and have influenced generations of designers and artists since. 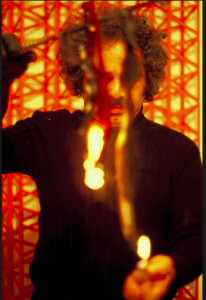 Rasheed Araeen is a Pakistani artist, activist, writer and curator who has spent the majority of his 84 years in Britain making works of conceptual art that have been infinitely influential and who is now only having his first comprehensive retrospective in the UK at the Baltic Centre in Gateshead. Araeen is also an influential writer and intellectual on Black history and was the founder of Third Text. 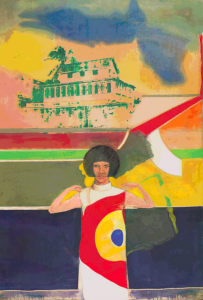 Frank Bowling was one of Britain’s most important Pop Artists. Bowling’s work was initially shown alongside David Hockney, but the artist, from Guyana was never afforded the same success as his contemporary Hockney and like Araeen is only having his first comprehensive British retrospective next year at Tate Britain. 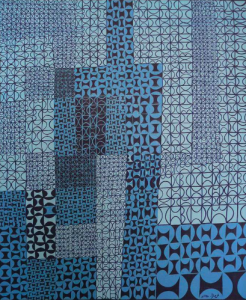 Anwar Jalal Shemza’s work obsessively examined the point where the square meets the circle. The artist was an influential figure in the Minimalism movement, however Shemza didn’t gain the notoriety deserved and ended up as an A-level art teacher. On Art UK, the public collections database, while Lucian Freud is richly described as British, English and German, Shemza is listed as Pakistani. 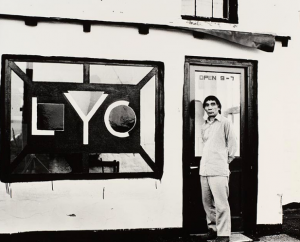 Li Yuan-chia, now recognised as the father of Chinese abstraction, lived and worked in Britain with little to no support or recognition. Prompted by the lack of support the artist opened his own avant-garde museum in rural Cumbria. The LYC Museum, which showed artists including Barbara Hepworth, is now a ruin. An important moment history left in rubble.

Things slowly improved with the emergence in the 80’s of the Black Arts Movement. The movement which was led by artists such as Sonia Boyce and Rasheed Araeen helped to highlight and politicise the omission of Black and Asian art from so called ‘British’ culture. However many of the artists involved in the movement still struggle to gain the recognition they deserve. Last year, Lubaina Himid, who came up through the Black Arts Movement, became the first black woman to win the Turner prize at the age of 64. 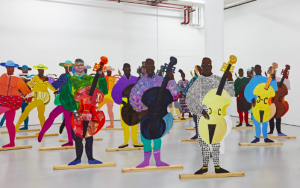 We mentioned at the beginning of this post that there is not much to celebrate about the history of Black Art, but perhaps we should take a more positive stance on this, a stance that Lubiana Himid has. The artist said that;

’It’s difficult for me to say the white art world is racist…I can’t look at it like that. I have to look at it as something that can be changed.’

We will be featuring artworks from Black and Asian artists all week on our social media, check them out and feel free to share them!