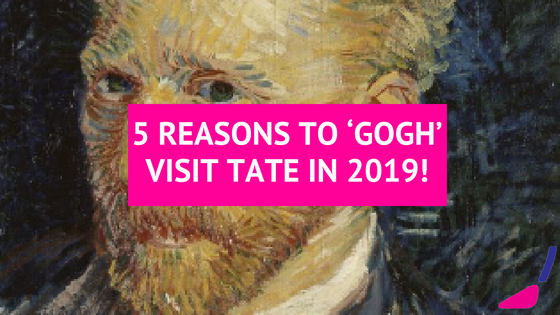 It might be a little early to get excited about next years art highlights, especially when there are so many great exhibitions to catch this summer (check out what to see here). But when Tate recently announced next years line-up we couldn’t help but get giddy!

Tate’s knock out 2019 line up will include well known names like Van Gogh, Keith Haring and Nam June Paik, as well as ‘up and coming’ artists featured in their ‘Art Now’ programme. Here’s our top 5 picks to catch at Tate 2019

1. ‘The largest collection of Van Gogh’s paintings in the UK for nearly a decade’ 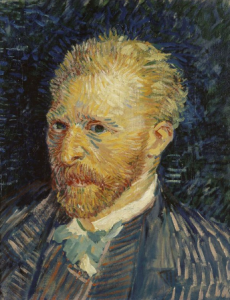 Tate Britain will hold a major exhibition that will bring together 40 works by Vincent Van Gogh, the largest collection of Van Gogh’s paintings in the UK for nearly a decade.

In preparation of Van Gogh at Tate, why not try your hand at painting one of his masterpieces at one of our upcoming events.

2. ‘Tanning pushed the boundaries of Surrealism.’ 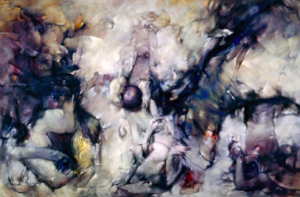 When one thinks of Surrealism it is often male names that come to mind, however Dorothea Tanning was one of the most important artists working in the Surrealist movement. Tate modern will hold the first major retrospective of Tanning’s work in the UK since her death in 2012 at the age of 101.

The exhibition will tell the story of Tanning’s seven-decade career: from her enigmatic early paintings, such as the self-portrait Birthday 1942, to her pioneering stuffed-textile sculptures.

Tanning wanted to depict ‘unknown but knowable states’: to suggest there was more to life than meets the eye. She first encountered surrealism in New York in the 1930s. In the 1940s, she married fellow painter Max Ernst and they moved to the Arizona desert. Although surrounded by a vast landscape, many of her paintings from this time depict claustrophobic and unsettling domestic spaces.From the 1950s, now working in Paris, Tanning’s paintings became more abstract, and in the 1960s she started making uncanny soft sculptures. Many of these works – including the room-sized installation Hôtel du Pavot, Chambre 202 – feature bodies: contorted, transformed and intertwined, they connect with her lifelong interest in dance. In later life, Tanning dedicated more of her time to writing, publishing poetry and a novel while in her 80s.

Otobong Nkanga is a Nigerian-born visual artist and performance artist, based in Antwerp. Nkanga’s drawings, installations, photographs and sculptures examine ideas around land and the value connected to natural resources. Her work explores the social and topographical changes of her environment, observes their inherent complexities and understands how resources such as soil and earth, and their potential values, are subject to regional and cultural analysis.

The exhibition will display new and existing works at Tate St Ives as the culmination of Nkanga’s upcoming residency at the gallery.

4. ‘A major retrospective of this pioneer of video’ 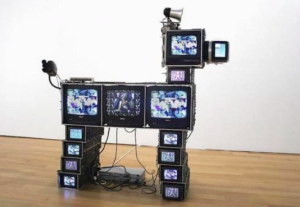 Nam June Paik was a visionary artist who foresaw the importance of mass media and new technology on the visual arts. His experimental, innovative, yet playfully entertaining work continues to be a major influence on art and culture to this day.

This major retrospective will be a mesmerising riot of sounds and sights, reflecting Paik’s vision of a multidisciplinary future. It will feature work from throughout his five-decade career – from robots made from old TV screens, to his innovative video works and all-encompassing room-sized installations such as the dazzling Sistine Chapel 1993.

The exhibition will also look at his collaborations and exchanges with avant-garde artists, musicians and choreographers, including Charlotte Moorman, John Cage, Merce Cunningham, Joseph Beuys and Fluxus. It will demonstrate how Paik’s global trajectory shaped a transnational network of artists that pioneered and expanded radical and cutting-edge art practice.

5. ‘A comprehensive retrospective of the legendary British photographer Don McCullin’

This exhibition will include many of Cullin’s iconic war photographs – including images from Vietnam, Northern Ireland and more recently Syria, often captured at great personal risk. But it also focuses on the work he did at home in the UK, recording scenes of poverty and working class life in London’s East End and the industrial north, as well as meditative landscapes of his beloved Somerset, where he now lives.

Sir Don McCullin was born in 1935 and grew up in a deprived area of north London. He got his first break when a newspaper published his photograph of friends who were in a local gang. From the 1960s he forged a career as probably the UK’s foremost war photographer, primarily working for the Sunday Times Magazine. His unforgettable and sometimes harrowing images are accompanied in the show with his brutally honest commentaries.

With over 250 photographs, all printed by McCullin himself in his own darkroom, this exhibition will be a unique opportunity to appreciate the scope and achievements of his entire career.

If you do make it to some of our recommended exhibitions feel free to let us know how it went by tagging yourself on our Facebook or Instagram pages!