Artist of the Week: Jasper Johns 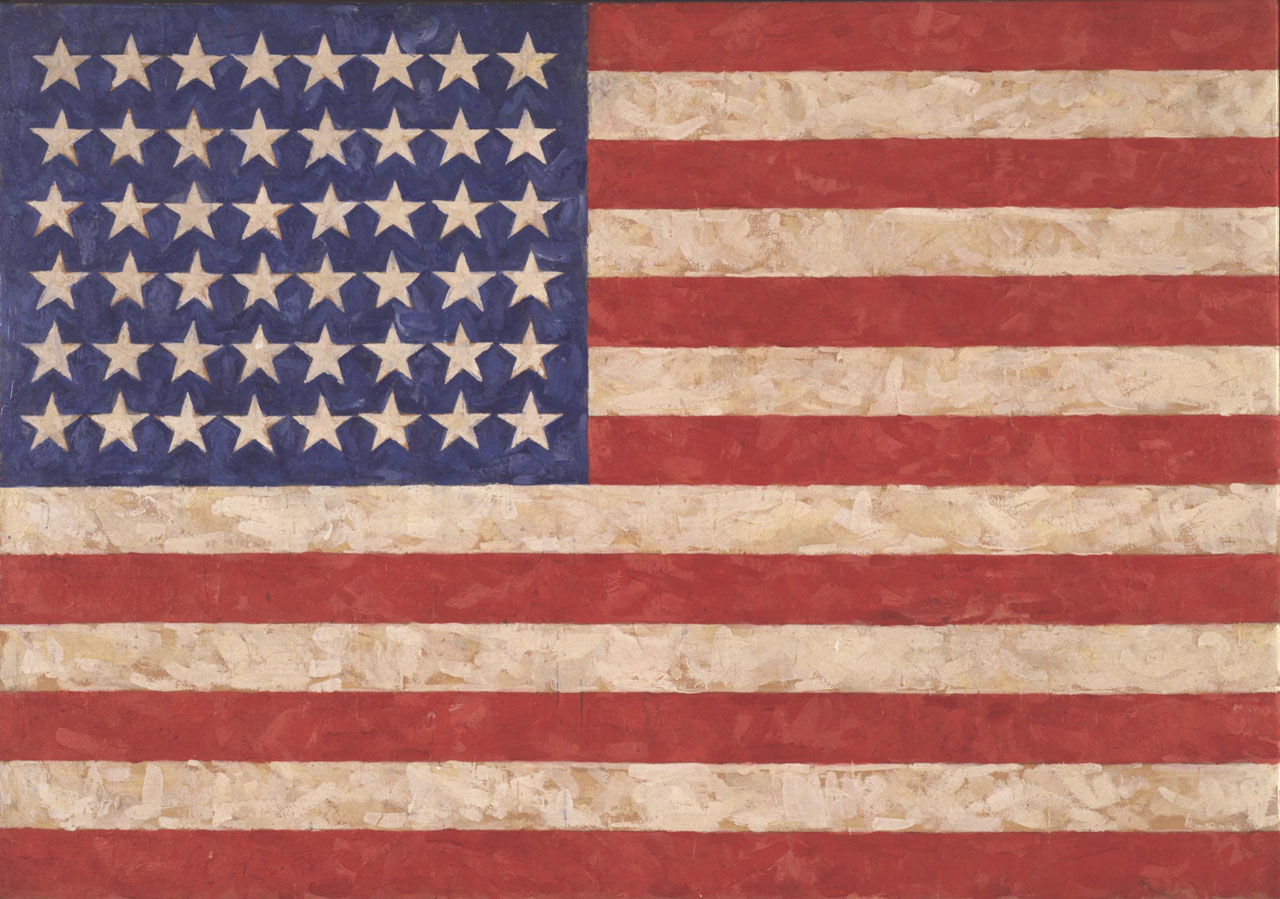 Artist of the Week: Jasper Johns

This week PopUp Painting is featuring American painter, sculptor and printmaker, Jasper Johns as Artist of the Week.

Jasper Johns was born in Augusta, Georgia in 1930 and raised in Adelade, South Carolina. Johns has enjoyed a central position in American art ever since his first solo exhibition in New York in 1958. He is most famous for his American Flags series.

Rather than direct abstraction, Johns’ work uses “the things the mind already knows” such as flags and signs. This forces the viewers attention to shift away from painting as an act of process, and towards “the conceptual nature of vision“.

Johns’ focus on iconography and objects proved a “new decisive direction” for the art world.

His work had a significant impact on his contemporaries and future generations of American artists. According to some, Johns “effectively laid the foundation for the pop art movement” through his playful appropriation of commercial signs and products.

Of his own work, Johns in 2006 said that “one hopes for something resembling truth, some sense of life, even of grace, to flicker”. He has gone onto become one of the most celebrated living artists in the US, receiving a National Medal of Arts in 1990, and a Presidential Medal of Freedom in 2011.

Well known for depictions of US flag, one of the most celebrated living artists in the US – winning the “National Medal of Arts” in 1990 and Presidential Medal of Freedom in 2011.

Johns also has a prominent position as one of the world’s most renowned LGBT artists – an especially important fact to celebrate this Pride Month. In 2017 Fineartmultiple Magazine described his relationship with Robert Rauschenberg as “one of the greatest love stories in modern art. A time of intense emotional involvement, together they plotted the downfall of Abstract Expressionism in their grubby paint strewn apartments in downtown New York”.

We will be featuring Jasper Johns throughout this week on our social media. Enjoy our gallery below – and make sure to share your favourite pieces with us!