Five Art Exhibitions to Catch this Summer in London!

Five Art Exhibitions to Catch this Summer in London!

Whether it’s seeking shelter from the unpredictable British weather or to keep the kids entertained during the summer holidays; here at PopUp Painting HQ we’ve compiled a list of our top five art exhibitions to catch this summer. 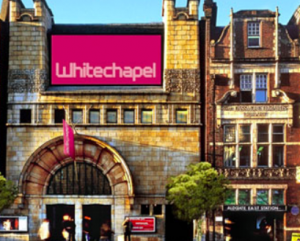 Where? The Whitechapel Gallery

This triennial (occurring every three years) exhibition brings together some of the most dynamic artists living and making work in London now. The exhibition which features 22 artists working across painting, sculpture, performance and video has become a major indicator of the who’s who in contemporary art. The open submission selection process ensures a good mix of ‘up and coming’ artists to well known names in the art circuit. This years selected artists are:

Where? The Hayward Gallery

Lee Bul is a Korean born contemporary sculpture and installation artist who appeared on the art scene in the late 1980s. Her work questions patriarchal authority and the marginalization of women by revealing ideologies that permeate our cultural and political spheres

In this exhibition the Hayward Gallery brings together more than 100 works from the late 1980s right up to works from the present day, exploring the full range of Lee Bul’s pioneering and thought-provoking practice. Works include provocative early performances to recent large-scale installations that attempt to get our body and our brain ‘working at the same time, together’.

The Hayward Gallery has been transformed into a spectacular dream-like landscape featuring monstrous bodies, futuristic cyborgs, glittering mirrored environments and an exquisitely surreal monumental foil Zeppelin. A definite must see! 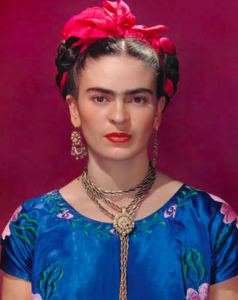 What? Frida Kahlo Making Her Self Up

This exhibition will present an extraordinary collection of personal artefacts and clothing belonging to the iconic Mexican artist Frida Kahlo. This collection has never before been exhibited outside Mexico.

The exhibition will examine the meticulously controlled identity and style the artist adopted as a means of empowering herself after suffering a horrific accident in her late teens. With objects from Kahlo’s home, the Blue House, the exhibition offers a never-before seen insight into Kahlo’s colourful, and pained, life.

Joan Jonas is an American visual artist and a pioneer of video and performance art who was one of the most important female artists to emerge in the late 1960s and early 1970s, and who has pushed the boundaries of art for the last five decades. This is the largest exhibition of Jonas’s work ever held in the UK. Early works from the late 1960s are shown alongside recent installations dealing with topical themes such as climate change and extinction. The artists’ seminal works Lines in the Sand, The Juniper Tree and Reanimation will all be on display. In addition to work displayed in the exhibition galleries Tate Modern, for the first time, will hold film screenings in the Starr Cinema and installations in the Tanks – an experimental exhibition for an experimental artist. 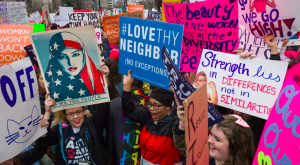 Where? The Design Museum

From the global financial crash and the Arab Spring, to ISIS, Brexit and Trump, this exhibition explores the numerous ways graphic messages have challenged, altered and influenced key political moments. The exhibition explores how public engagement with politics has changed dramatically since 2008, which includes social medias major role in these changes.