Artist of the week: Robert Rauschenberg 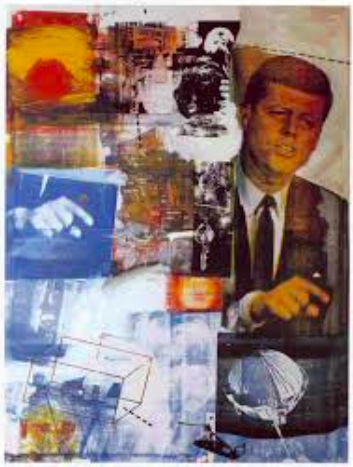 Artist of the week: Robert Rauschenberg

Pop Up Painting’s ‘artist of the week’ is Robert Rauschenberg. Rauschenberg (1925-2008) was an American painter and sculptor, who also worked in print, photography and performance art.

Rauschenberg bridged the gaps between Abstract Expressionist and Pop Art. He was most well known for his ‘Combines’, in which Rauschenberg used non traditional materials and objects to add or ‘combine’ to his paintings. These works were seen as existing as both painting and sculpture. The artist’s approach was sometimes called ‘Neo Dadaist’.

Rauschenberg’s paintings used found objects and found images as well – the artist transferred photographs and newspaper clippings to the canvas by the silkscreen process, paving the way for the era of Pop Art and the dominance of screen printing and multiples.

We will be featuring Robert Rauschenberg’s work all week on our Facebook and Twitter pages, but in the meantime here is a selection of our favourite works by the artist: