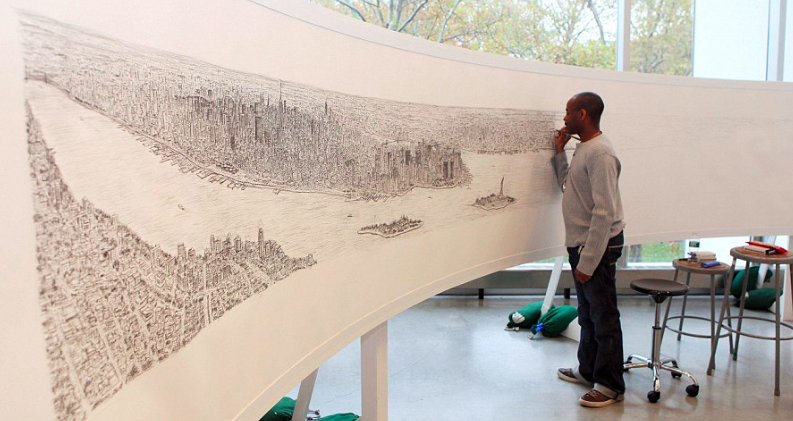 April is Autism Awareness Month. Here at PopUp Painting we are celebrating the work of the artist Stephen Wiltshire, a London based artist with Autism.

Stephen Wiltshire is known for his detailed depictions in paint and pencil of landscapes. The artist

has a particular talent for drawing lifelike, accurate representations of cities, sometimes after having only observed them briefly. His drawings in particular drawings show a masterful perspective, whimsical line, and reveal a natural innate artistry. As a child Stephen was mute and found it difficult to relate and communicate with other people. After being diagnosed at the age of three with Autism, Stephen found that the language of drawing gave him a way of communicating with others. Wiltshire went on to study Fine Art at City & Guilds Art College and his work has since gained popularity all over the world and is held in a number of important collections. In 2006 the artist was awarded an MBE for services to the art world.

We will be featuring Stephen Wiltshire’s work for the rest of Autism Awareness Month on our Facebook and Twitter pages, but in the meantime check out some of our favourite works by the artist here: