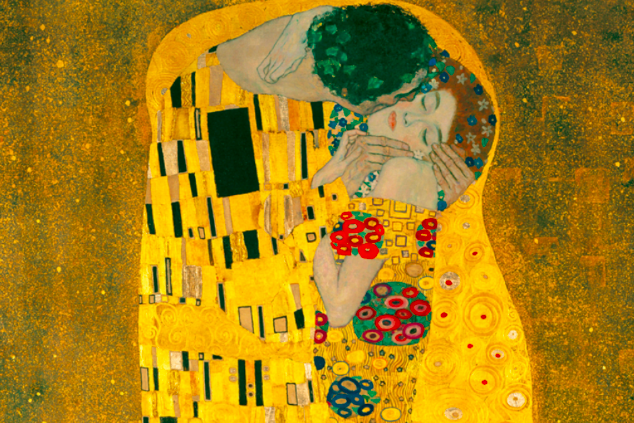 Klimt was a ‘Symbolist’ painter and one of the most prominent members of the ‘Vienna Secession Movement’.

The artist’s style was not always progressive, his early works were academic in style. Klimt attended the ‘Vienna School of Arts and Crafts’, having trained as an architectural painter. The artist’s brother, Ernst, also studied at the same art school and upon graduating the brothers worked together painting murals throughout Vienna.

In 1888, Gustav Klimt received the ‘Golden order of Merit’ from ‘Emperor Franz Josef I’ of Austria for his contributions to murals painted in Vienna.

Soon after, the artist founded the ‘Secession Movement’, a movement that objected to the conservatism of traditional Viennese art. The artist went on to work in a style that emphasised sexuality and eroticism.

In the meantime we will also be featuring Gustav Klimt’s work all week on our Facebook and Twitter pages, here is little taster of our favourite works by the artist:

Find all of our upcoming Gustav Klimt events by clicking here!