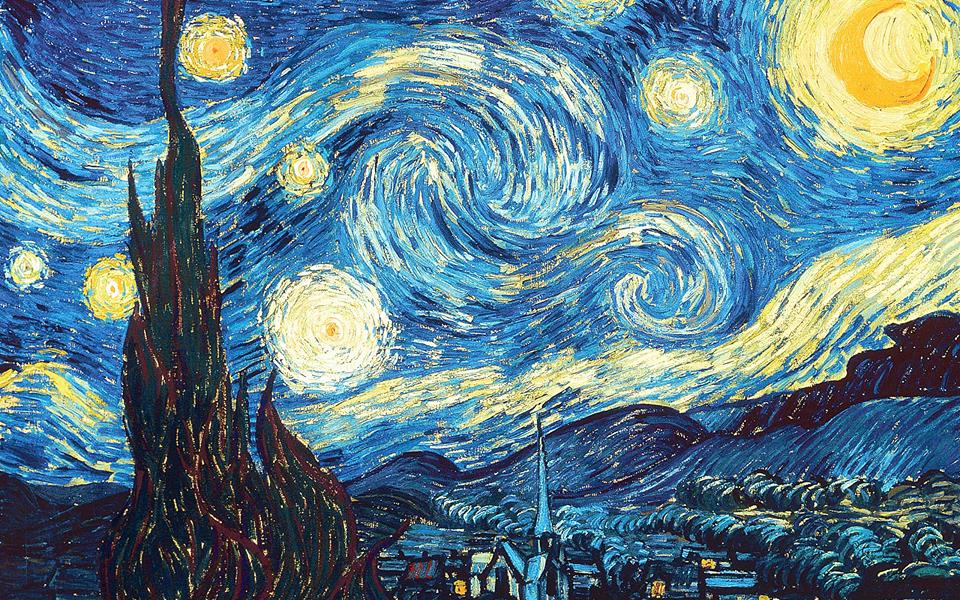 This week we are featuring Vincent Van Gogh as ‘Artist of the Week‘.

Vincent Van Gogh is one of history’s most iconic and celebrated artists. With masterpieces such as Starry Night and the Sunflowers, his work is among the most recognisable in popular culture.

Vincent was born in Zundert, Holland, on 30 March 1853. Growing up the Van Gogh family enjoyed frequent walks in the countryside – instilling in Vincent a great love of nature.

After dropping out of school in his early teenage years, Vincent’s uncle found him a job as a trainee art dealer – and it was around this time that he began writing his famous letters. Vincent was a prolific writer, and much of what we know about his life comes from his life-long letter exchange with his younger brother, Theo.

Perhaps surprisingly, Vincent did not pick up a paint brush and pursue art seriously until his late 20s.

His young life was full of different experiences: living in London, Paris and Amsterdam, and spending time working as a schoolmaster, student and even a preacher.

Vincent moved to Brussels in 1880 to work on his drawing technique and meet other artists – after Theo commented on a sketch in one of his letters.

It was in Brussels and later in Arles that Van Gogh flourished – coming into contact with renowned Impressionist artists like Paul Gauguin, Edvard Munch and Claude Monet.

Between November 1881 and July 1890, Vincent had painted almost 900 paintings – some of which we have featured below. He is famous for his bold, dramatic brush strokes and their layers of emotion and movement.

You can learn more about Vincent Van Gogh from the Van Gogh Museum.