Artist of the Week: Amrita Sher-Gil 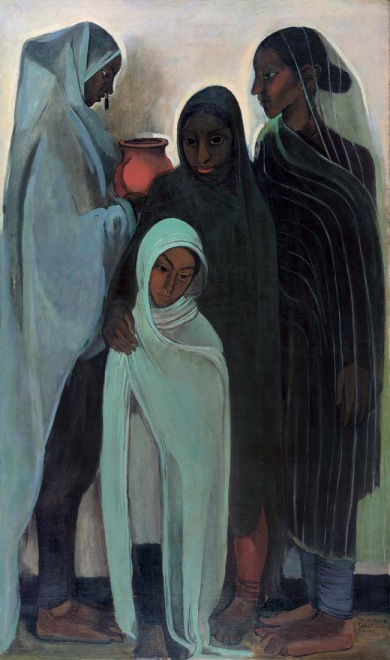 Artist of the Week: Amrita Sher-Gil

PopUp Painting’s Artist of the Week is Amrita Sher-Gil!

Amrita Sher-Gil was an eminent Indian Painter sometimes known as India’s Frida Kahlo. She is considered one of the most important painters of 20th century India, and her legacy stands on par with that of the Masters of the Bengal Renaissance.

Her works depicted the plight of Indian woman and left an indelible mark on the history of contemporary Indian art. Her works are characterised by her use of strong, bold colours.

Though she lived for just 28 short years, she made strides not only as a beacon of hope for Indian women but also as an immensely talented painter, she was elected as an Associate of the Grand Salon in Paris in 1933. Thus, she became the only Asian to have received this honor.

Amrita Sher-Gil is the ‘most expensive’ female painter of India.

We will be featuring Sher-Gil’s work all week on our Facebook and Twitter pages so keep an eye out for the artist’s work, in the meantime here is a selection of some of our favourite works:

Artist of the week, female artist, women in art