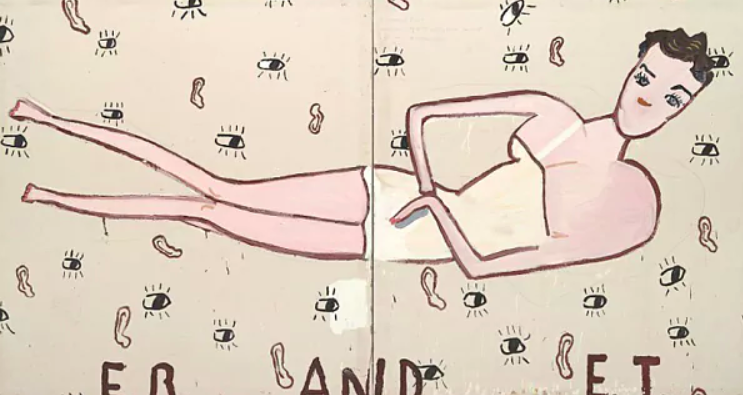 Rose Wylie is a British artist who creates paintings depicting her daily encounters created from a variety of sources, from art history, cinema, comic books and the natural world to news, verbal anecdotes, celebrity stories and sport. Wylie often paints through the filter of memory and impression, using text to enhance facts and recollections and editing images by overlaying new pieces of canvas over images, like a collage. The artists vibrant, large-scale canvases fill the walls of gallery spaces. Instilled with wit, Wylie’s paintings are confident, animated and energetic, proposing new perspectives on the world and the plethora of images that make up our collective cultural memory. In 2010 Wylie was the only non-American artist represented in the Women to Watch exhibition at the National Museum of Women in the Arts, Washington DC. In 2012, she had a retrospective at Jerwood Gallery, Hastings, followed in 2013 by an exhibition at Tate Britain.

In February 2015 the artist became a member of the Royal Academy of Arts. Rose Wylie’s work is currently at the Serpentine Gallery, London. You can also see the artists work all week on our Facebook and Twitter pages. In the meantime, however, here is a selection of our favourite works by the artist: