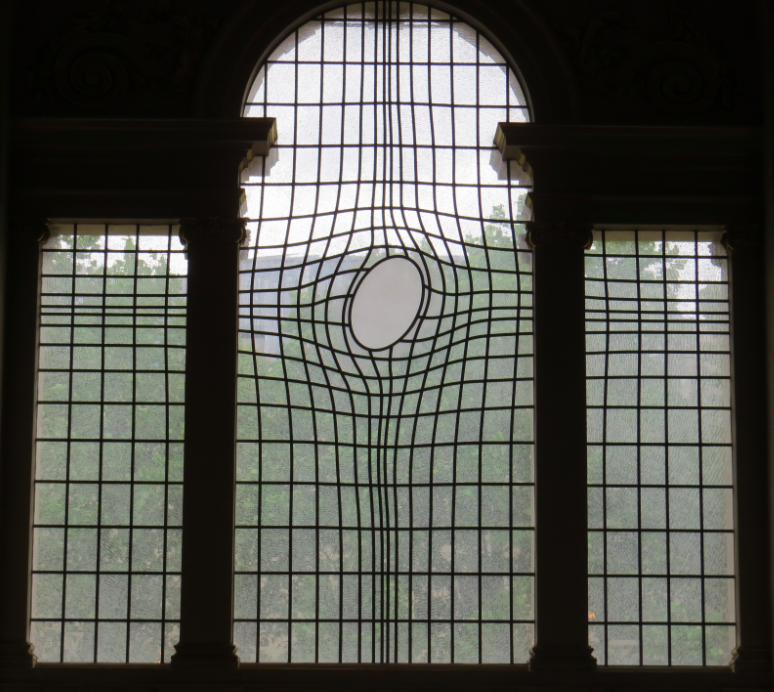 Shirazeh Houshiary is an Iranian artist born in Shiraz, Iran in 1955. The artist moved to London in 1974 where she received a BA from Chelsea School of Art. Houshiary works and lives in London.

Shirazeh Houshiary came to prominence in the 1980s as a sculptor, however her practice now encompasses painting, installation, film, and architectural projects — such as the Commission for St Martin-in-the- Fields, London (2008). At the core of the artist’s practice lies a fascination with the tension between the process of disintegration and erosion of the universe, and our efforts to try and stabilise it. This element transpires in her work through motifs like veils, mists and membranes — visualising different modes of perception. Houshiary draws inspiration from a wide range of sources, including 18th century poetry, physics and Renaissance painting. The transformation of materials is pivotal in her work. Houshiary’s interest in physically embodying spiritual concepts, such as ‘breath’, led her to shift from her biomorphic sculptural forms increasingly towards the two-dimensional. Veil (1999) is part of a series of ‘self-portraits’, based on the idea that the word is the manifestation of breath. The veil is represented as a black square acrylic ground onto which she inscribed Arabic calligraphy using a pencil and applying various degrees of pressure. In her first video project, Breath (2003), Houshiary visualised breath through a four-screen digital animation with each monitor featuring an expanding and contrasting mist as cultural and religious invocations are recited. The words are a formal manifestation of breath, the misting of the screens its visual expression. A new Breath was presented as an installation at the Venice Biennale in 2013.

We will be featuring Shirazeh Houshiary’s work all week on our Facebook and Twitter pages, but in the meantime here is a selection of our favourite works by the artist: