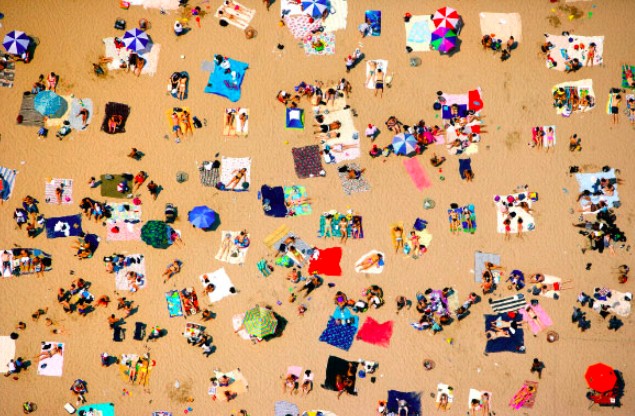 PopUp Painting’s ‘artist of the week’ is Andreas Gursky.

Andreas Gursky (b. 1955) is a German photographer. The artist is known for his large format colour photographs distinctive for their incisive and critical look at the effect of capitalism and globalisation on contemporary life.

Gursky studied at the ‘Düsseldorf Kunstakademie’ in the early 1980s, at first creating small, black-and-white prints. By the mid 1980s, however, the artist broke from this tradition, moving to colour film and spontaneous observations of people at leisure depicted as tiny protagonists in a vast landscape. Since the 1990s, Gursky has concentrated on sites of commerce and tourism, making work that draws attention to today’s burgeoning high-tech industry and global markets. His imagery ranges from the vast, anonymous architecture of modern day hotel lobbies, apartment buildings and warehouses to stock exchanges and parliaments in places from as far a field as Shanghai, Brasília, Los Angeles and Hong Kong. Although his work adopts the scale and composition of historical landscape paintings, his photographs are often derived from inauspicious sources: a black and white photograph in a newspaper, for example, that is then researched at length before the final photograph is shot and often altered digitally before printing. Gursky’s art is driven by an interest, and insight, into forms of collective existence and includes depictions of massive man-made structures and huge gatherings of people in nightclubs, factories, arenas, and vast landscapes. As he has stated: ‘I only pursue one goal: the encyclopedia of life.’

In 2011 Andreas Gursky’s ‘Rhein II’ fetched $4,338,500 at a Christie’s auction, becoming the most expensive photograph ever sold.

You can catch Andreas Gursky’s work at The Hayward Gallery in January 2018 and also on our Facebook and Twitter pages all week. In the meantime here is a selection of our favourite works by the artist: 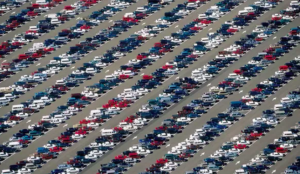 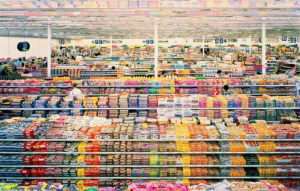 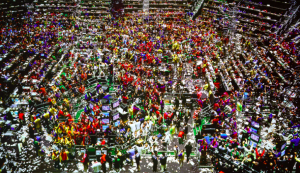 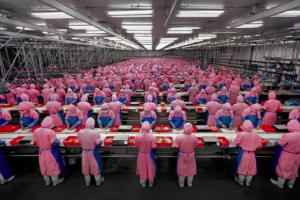 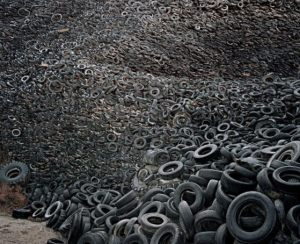 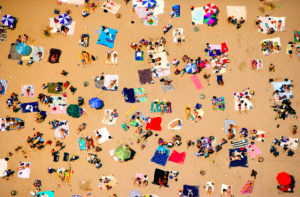 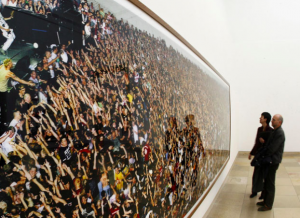