Artist of the Week: Una 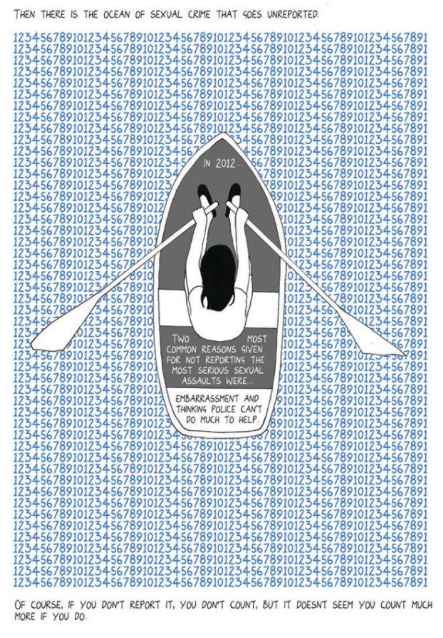 Artist of the Week: Una

PopUp Painting’s ‘artist of the week’ is Una.

Una is an artist, academic and comic book creator based in Yorkshire.

The artist creates graphic narratives that explore subjects that range from disability, psychosis, political activism and violence against women. Much of Una’s work has been self-published, however in 2015 Myriad published her first graphic novel ‘Becoming Unbecoming’. The novel was a devastating personal account of gender violence, set against the backdrop of the 1970s Yorkshire Ripper man-hunt. ‘Becoming Unbecoming’ appeared on numerous episodes of BBC Radio 4’s Woman’s Hour. Una was shortlisted for the Emma Humphreys Memorial Prize, a prize that recognises women who work against male violence. The author/artist herself commented on the novel saying that it

‘explores what it means to grow up a girl in the atmosphere of shame, misogyny, violence and silence’

Since the success of ‘Becoming Unbecoming’ Una has continued as a constant voice and campaigner against violence against women and children. Una’s next novel ‘On Sanity: One Day In Two Lives’, details her mother’s battle with mental illness and has received glowing reviews.

We will be featuring Una’s ground breaking work all week on our Facebook and Twitter pages, but in the meantime here is a selection of our favourite works by the artist: