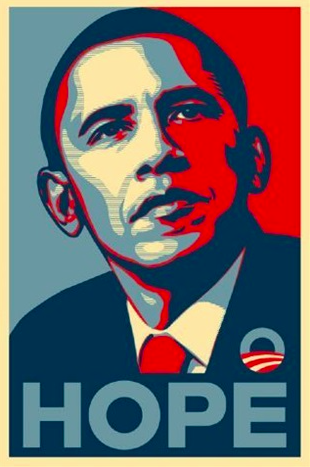 PopUpPainting’s ‘artist of the week’ is Shepard Fairey.

Shepard Fairey (b.1970) is an American graphic designer, illustrator and street artist.

The artist studied at the Rhode Island School of Design.

In 1989 Fairey became known for his ‘Andre the Giant has a Posse (OBEY)’ sticker campaign. The campaign involved Fairey placing hundreds of stickers on walls across New York City. The stickers featured an anonymous mans face and the word ‘OBEY’ printed beside it. The image used was appropriated from the comedic supermarket tabloid ‘Weekly World News’. The ‘Obey Giant’ stickers became widely known and soon the image was considered an iconic piece of international street art. Fairey intended ‘Obey Giant’ to inspire curiosity and cause people to question their relationship with their surroundings. According to the Obey Giant website, “The sticker has no meaning but exists only to cause people to react, to contemplate and search for meaning in the sticker”.

Shepard Fairey grew the ‘Obey Giant’ image in to a business selling prints, t-shirts etc. During this time the artist also co-founded the design studio BLK/MRKT Inc. which specialised in guerrilla marketing for clients such as Pepsi, Hasbo and Mozilla.

Fairey was arrested in 2009, on his way to the premiere of his show at the ICA in Boston on two outstanding warrants related to graffiti.

In 2014, Fairey painted a towering mural, 9-storeys high, paying tribute to Nelson Mandela and the 25th anniversary of the Purple Rain Protest.

We will be featuring Shepard Fairey’s work all week on our Facebook and Twitter pages, but in the meantime here is a selection of our favourite works by the artist: