Artist of the Week: Kiki Smith 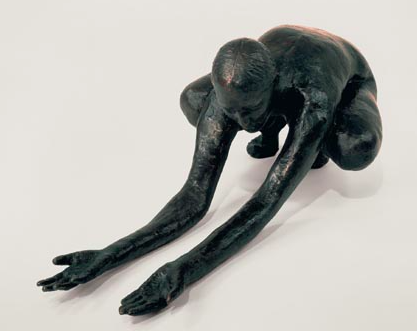 Artist of the Week: Kiki Smith

PopUp Painting’s ‘artist of the week’ is Kiki Smith.

Kiki Smith (b. 1954) is a German born artist who was brought up in the U.S and currently lives and works in New York. Smith is considered one of the most significant artists of contemporary times.

The artist is known for her multidisciplinary practice, which includes the use of sculpture, printmaking, photography, drawing and textiles. However printmaking and sculpture have always been the most integral parts of Kiki Smith’s practice.  The artist’s work focuses on themes such as the human condition, anatomy, nature and female iconography. The artist is known for her honest and often jarring use of imagery. In 1985 Smith studied to become an emergency medical technician, the impact of this experience on her work was immediate and profound. Smith began to make ‘matter of a fact’ replicas of human organs including the heart, lungs and female reproductive organs. This focus on the human body also included collecting bodily fluids. The use of bodily fluids lead on to Smith confronting the subject of AIDS, a subject particularly poignant after her sister’s death from the virus in the early 90’s.

Throughout her career Kiki Smith has focused on depicting femininity in honest way, often taking iconic female figures such as Mary Madeline and the Virgin Mary and depicting them in non-traditional ways.

We will be featuring Kiki Smith’s work all week on our Facebook and Twitter pages, but in the meantime here is a selection of our favourite works by the artist: