Artist of the Week: Damien Hirst 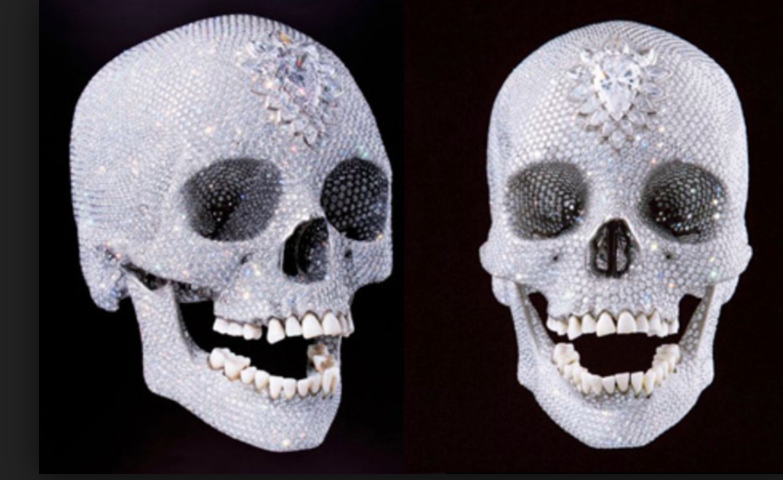 Artist of the Week: Damien Hirst

PopUp Painting’s ‘artist of the week’ is Damien Hirst.

Damien Hirst (b.1965) is an English contemporary artist and member of the ‘Young British Artist’s’ who dominated the art world in the 1990s. The artist is reportedly the United Kingdom’s richest living artist, with his wealth valued at £215m in the 2010.

Damien Hirst’s career started when he and fellow Goldsmith art graduates organised a student exhibition ‘Freeze’, which was attended by reknown art dealer Charles Saatchi. Saatchi took interest in the then young artist’s work, becoming a patron to his practice and funding any artworks the artist chose to make. This move gave huge artistic freedom for Hirst to make ambitious works. Some of these ambitious works included ‘The Physical Impossibility of Death in the Mind of Someone Living’, where Hirst placed a 14-foot tiger shark in formaldehyde in a clear display case. Death has been a reoccurring theme in Damien Hirst’s work, with the artist using numerous dead animals (from cows to butterflies) in his practice. Damien Hirst won the Turner prize in 1995 and was included in the famous ‘Sensation’ show in the Royal Academy in 1997. In 2008, Hirst took an unprecedented move for a living artist by selling a complete show, Beautiful Inside My Head Forever, at Sotheby’s for £111 million, breaking the record for a one-artist auction.

Damien Hirst’s career has often been controversial. The artist has consistently been challenged for plagiarising other artist’s work and has spent much time in court over the issue. In 2016 Hirst was also challenged on the possibility of his works leaking formaldehyde gas above legal limits at Tate Modern, however, this study was shown to be flawed.

In October 2015 Damien Hirst opened his own gallery, Newport Street Gallery, in London which houses his personal art collection.

We will be featuring Damien Hirst’s work all week on our Facebook and Twitter pages, but in the meantime here is a selection of our favourite works by the artist: