Artist of the Week: Gerhard Richter 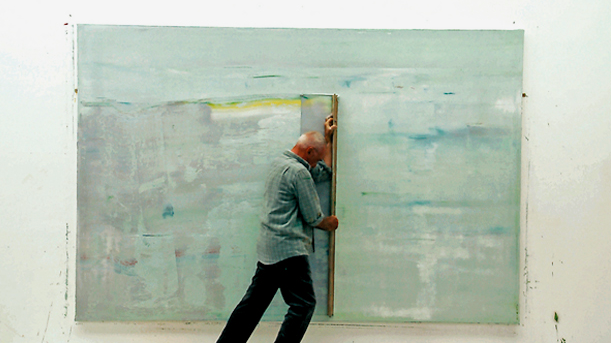 Artist of the Week: Gerhard Richter

Pop Up Painting’s ‘artist of the week’ is Gerhard Richter.

Gerhard Richter (b. 1932) is a German painter who creates both abstract and realist paintings.

Early in Richter’s career the artist created large format photorealistic paintings, many of which were painted in greyscale tones to mimic black and white photographs. Richter borrowed much of his imagery from newspapers, found photographs and even his own family albums, and then meticulously transferred the images onto his canvases. Through this process the artist explored the relationship between painting and photography; with both mediums aiming to express reality truthfully, but ultimately only suggesting a partial or incomplete view of a subject.

Though Richter was using photographs the artists intent was not to focus on the meaning of the images but rather on the process of applying paint to the surface of a canvas. This method of working allowed elements of chance to enter the work, while also playing with notions of realism and abstraction.

Towards the mid seventies, Richter began to blur and abstract his subjects and embrace the chance effects of the painting process. Richter’s abstract works have many layers of dense scraped paint applied to the surface of the canvas. These works, based on representational imagery, further push the idea of the impossibility of a painting ever conveying a full truth of subject.

We will be featuring Gerhard Richter’s work all week on our Facebook and Twitter pages, but in the meantime here is a selection of our favourite works by the artist: