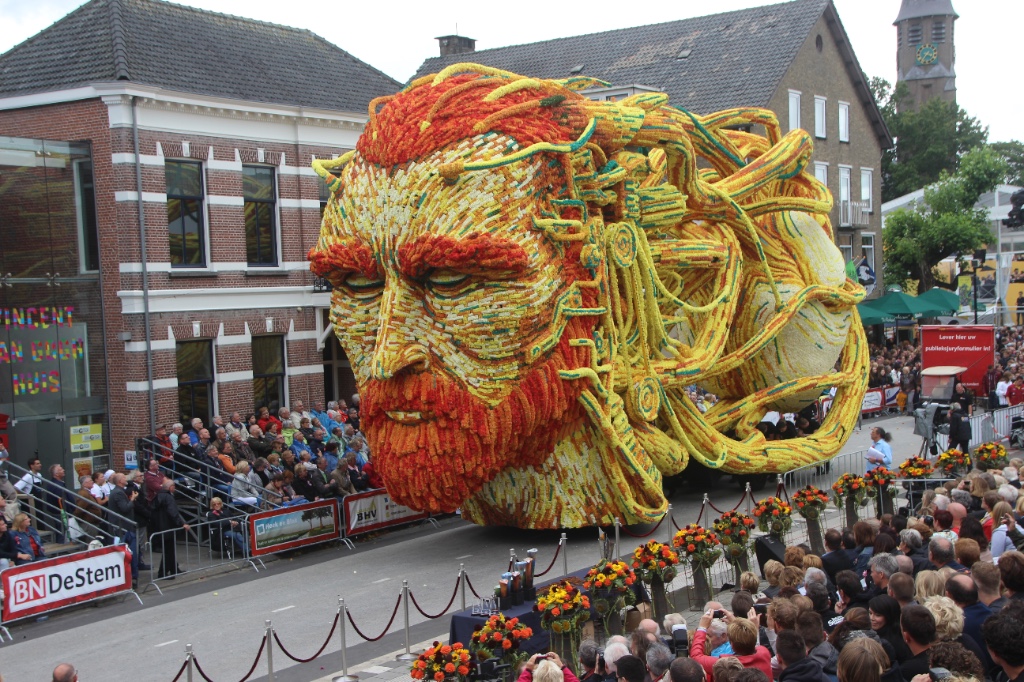 Have you ever been to the worlds largest bloemencorso flower parade?

Bloemencorso Zundert is the largest flower parade in the world entirely made by volunteers. The parade takes place on the first Sunday of September. This years parade will fall on the 4th & 5th of September 2016 and it is definitely an impressive parade to watch out for.

Last year, the legendary parade of giant floats adorned with thousands of dahlia flowers made its way through the streets of Zundert, Netherlands. The theme was to celebrate the life and work of Vincent van Gogh who was born in the same town,  then 162 years ago. 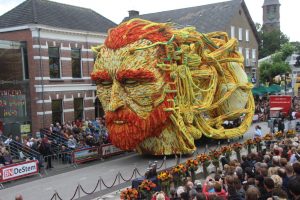 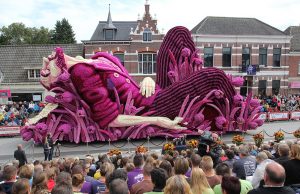 Nineteen teams took inspiration from the famous artist by creating huge sculptural floats with the colours, motifs and imagery of Van Gogh’s signature style, including several interpretations of Van Gogh’s self-portraits. The second image above was last years jury winner, while the portrait image won the audience vote. The parade Launched in 1936, and celebrates the region’s reputation as a global supplier of dahlia flowers.

Inspired you to create a self portrait? Or even paint a Van Gogh?

Our calendar is packed full of Van Gogh treats coming up in August. Starting with ‘Cafe Terrace at Night’ at the wonder Pall Mall location on Saturday 6th. Followed by two sunny events with Sunflowers  on the 9th at The Gallery and 23rd in Brighton. But if you night owls fancy painting something of the more dark and starry kind, then pop up on the 11th at London Bridge or the 23rd in Camden to paint a Starry Night over London and New York!