Artist of the Week: Georg Baselitz 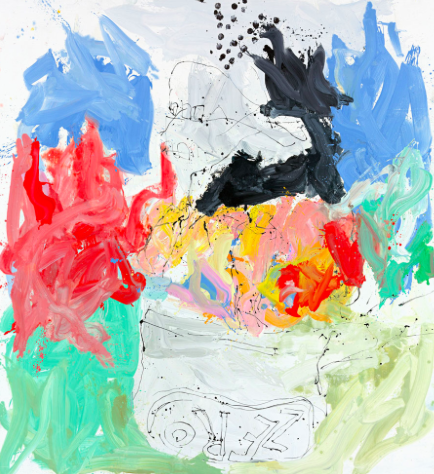 Artist of the Week: Georg Baselitz

PopUp Painting’s ‘artist of the week’ is Georg Baselitz.

Georg Baselitz (b. 1938) is a German painter, draughtsman, printmaker and sculptor. Baselitz is one of Germany’s most celebrated artists, with a career spanning over fifty years. The artist’s work has been categorised under the genre of Neo-Expressionism.

Georg Baselitz’s early career was focused on painting. The artist rebelled against the dominance of the abstraction movement of the 50’s and 60’s, and sought to reintroduce figuration into painting, albeit in an often abstract manner. In his early works Baselitz created paintings that focused on the body, its organs and sexual obsessions. In 1963 Baselitz’s first solo exhibition at Galerie Werner & Katz, Berlin, caused a public scandal and several paintings were confiscated by the German authorities claiming that they were publicly indecent.

Baselitz painted many of his subjects upside down as a way of stressing the realisation of the motif as a painted surface and the form as his primary concern. Although he continued to present the medium itself as his primary vehicle of expression, in the 1980s he again gave greater weight to subject-matter. As well as painting, Baselitz created many sculptures that had a deliberately unpolished appearance that gave his figures and heads an archetypal forcefulness. Having worked for many years against the mainstream of contemporary art, by the 1980s the artist had established an international reputation.

In a 2013 interview, Baselitz was quoted as saying, “Women don’t paint very well. It’s a fact’. Citing the comparative lack of commercial success of work by women painters in the most expensive markets as proof, he stated, “As always, the market is right. Women simply don’t pass the test.” However poor misguided Baselitz got it wrong, in 2013 the record for a painting by Georg Baselitz was £3.2 million, while the record for a painting by Yayoi Kusuma, a female artist, was £3.8 million!

We will be featuring Georg Baselitz’s work all week on our Facebook and Twitter pages,but in the meantime here is a selection of our favourite works by the artist…