What is Op Art?

What is Op Art?

Artists have been intrigued by the nature of perception for centuries. In the 1950s this obsession blossomed into a movement. Op, or Optical, art typically employs abstract patterns composed with a stark contrast of foreground and background, often in black and white for maximum contrast, to produce effects that confuse and excite the eye.

Op Art was made popular by a 1964 Time magazine article, although examples can be found from the 1930s. For example Victor Vasarely’s painting ‘Zebras’ (1938) is made up entirely of curvilinear black and white stripes not contained by contour lines. Consequently, the stripes appear to both meld into and burst forth from the surrounding background. 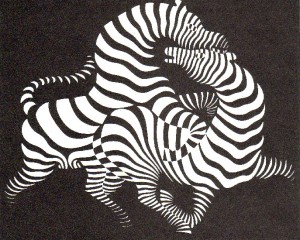 The is the fundamental idea of Op painting. It uses a framework of geometric forms as the basis for its effects. The effects created by op art range from the subtle, to the disconcerting and disorienting, consequently focusing on the overall design or entire composition to present unified works. It also draws on colour theory and the physiology and psychology of perception. Leading figures were Bridget Riley, Jesus Rafael Soto, and Victor Vasarely. Vasarely was one of the originators of op art. Soto’s work often involves mobile elements and points up the close connection between kinetic and op art.

Op Art was given a boost by a group show ‘Le Mouvement’ at Galerie Denise Rene in Paris in 1955, and later by a series of international exhibitions. The pinnacle of the movement’s success was in 1965, when the Museum of Modern Art in New York embraced the style with the exhibition ‘The Responsive Eye‘, which showcased 123 paintings and sculptures by artists such as Victor Vasarely and Bridget Riley. Although the highly complex perceptual effects created by Op artists were embraced by the general public, many art critics considered the phenomena to be a gimmicky trend, that it portrayed nothing more than trompe-l’œil, or tricks that fool the eye. Commercial success may have led to the decline of the movement, in particular after some artists discovered that their work designs were borrowed by American clothing manufacturers. Op art elements were also translated into posters, t-shirts and book illustrations.

Although the movement lost popularity by 1968, optical effects continue to be explored in visual art and architecture. Israel-born graphic designer, illustrator and artist Noma Bar is a contemporary example. Bar’s work has appeared in many media publications including: Time Out London, BBC, Random House, The Observer, The Economist and Wallpaper. Bar has illustrated over 100 magazine covers, published over 550 illustrations, making a successful career out of op art techniques. Another example is Malika Favre, a French artist based in London and also one of the many artists that PopUp Painting draws inspiration from in our evenings of painting and wine. Her bold, minimal style, often described as Pop Art meets Op Art is a striking example in the use of positive and negative space and colour. Her unmistakable style has established her as one of the UK’s most sought after graphic artists. What may have remained tainted by the critics dismissals towards Op Art, may be starting to make a come back. 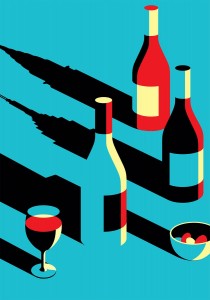 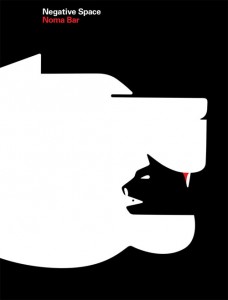 Fancy expressing your Op Art? Check out when our next painting night of Malika favre is over in the events calendar. See you there!