Artist of the Week: The Royal Art Lodge 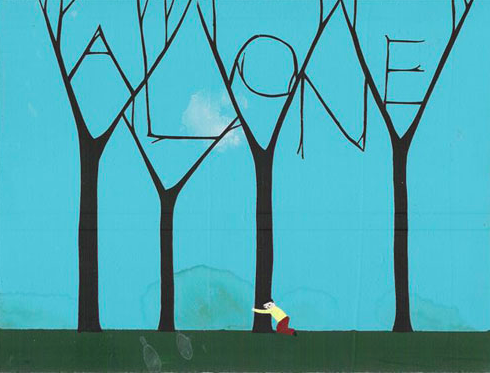 Artist of the Week: The Royal Art Lodge

PopUp Painting’s ‘artist of the week’ or should we say ‘artist’s of the week’ are the art collective ‘The Royal Art Lodge’.

‘The Royal Art Lodge’ was a collective of artists, based in Winnipeg, Canada that created artworks between the period of 1996-2008. The collective consisted of the artists:

Over the period of six years ‘The Royal Art Lodge’ produced a remarkably large body of work that included drawings, sculptures, videos, puppets, music, costumes and dolls. The collective made works by meeting in a studio once a week to collaborate on artworks. Generally, at least three of the members contributed to an artwork by spontaneously responding to the previous artist’s work. The majority of the works produced by ‘The Royal Art Lodge’ were small-scale drawings and paintings which often incorporated text and an absurd sense of humour .This method of creating art gave the collective’s work a dynamic energy and expressive beauty.

After the group disbanded in 2008 Michael Dumontier and Neil Farber continued to collaborate on works in a similar way.

We will be featuring ‘The Royal Art Lodge’s’ work all week on our Facebook and Twitter pages, but in the meantime here is a selection of our favourite works by the collective: