Artist of the week: Sigmar Polke 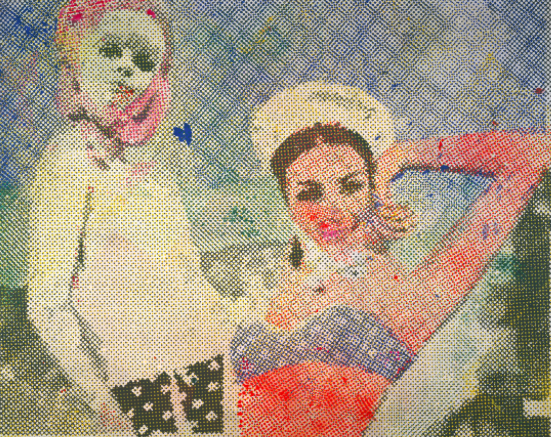 Artist of the week: Sigmar Polke

Sigmar Polke studied Fine Art at the Dusseldorf Art Academy alongside his long time friend and peer Gerhard Richter. Throughout his career which spanned five decades Polke was known to experiment with a wide variety of media, styles and subject matter. In the sixties the artist’s work responded to Pop Art in a movement coined as ‘Capitalist Realism’, where the artist painted banal consumer items (predominantly food items) in a way that reduced them to aesthetic signs. In the seventies the artist’s practice was focused on photography, until Polke returned again to abstract painting in the eighties. The last twenty years of Polke’s career was focused on creating paintings that referenced historical events and perceptions of them. Polke’s love of experiment and abrupt stylistic changes in his work make him one of the most innovative and difficult to categorise artists of the twentieth century.

We will be featuring Sigmar Polke’s work on our Facebook and Twitter pages all week, but in the meantime here is a selection of our favourite works by the artist.