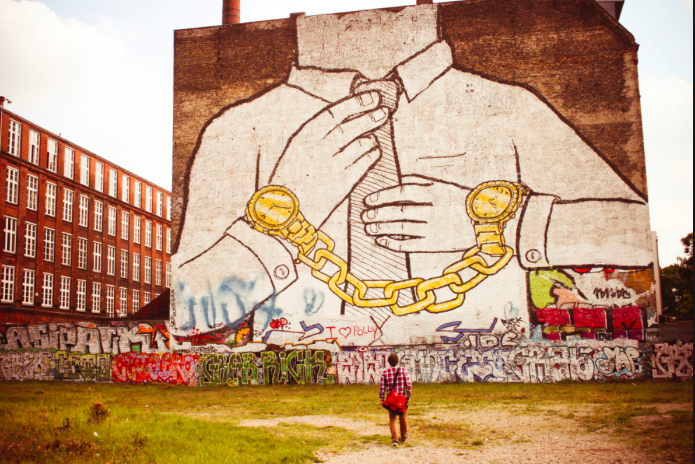 PopUp Painting’s ‘artist of the week’ is Blu. Blu is is the pseudonym of an Italian street artist from Bologna.

Blu has been a household name in street art since 1999. The artist initially started working using spray paint but as the artist’s style, career and the size of his artworks grew, he began to use household paint applied with rollers and long sticks. Blu’s style is easily recognisable, with its large scale and often satirical themes. Many of the artist’s works occupy the disused corners of urban and industrial landscape.

One of Blu’s most famous artworks is ‘Muto’, a silent graphic animation composed of hundreds of paintings on walls that have been made into an animated mural, it can be seen here.

We will be featuring Blu’s work all week on our Facebook and Twitter pages, we will also holding our first street art PopUp Painting event this Friday in Waterloo, so if you fancy yourself as the next Blu come along! In the meantime, however, here is a selection of our favourite works by the artist: