Artist of the Week: Richard Diebenkorn 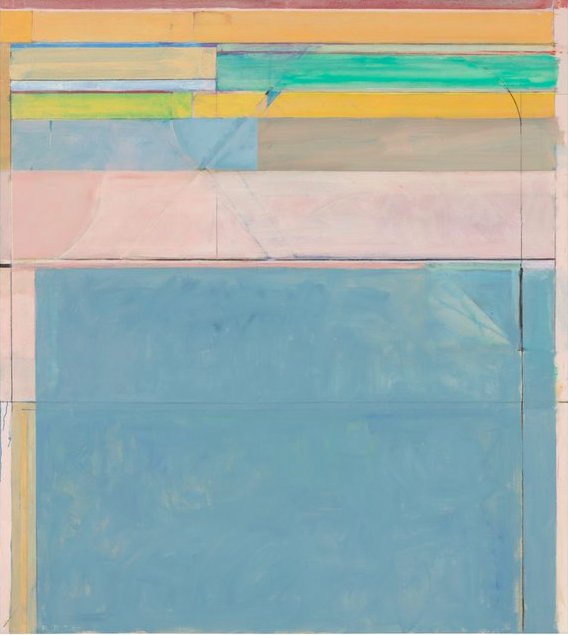 Artist of the Week: Richard Diebenkorn

PopUp Painting’s artist of the week is Richard Diebenkorn. Diebenkorn was an American painter whose work was associated with the ‘abstract expressionist’ movement.

Diebenkorn’s practice initially embraced abstraction, in particular abstract landscapes, before making what was a surprising change of direction to figuration in the mid-1950s, which would persist until the mid 1960s. The artist returned to abstraction in the late 1960s, when the artist created his famous and perhaps most notable work the “Ocean Park” series, which he exhibited when representing America at the 1978 Venice Biennale.

Diebenkorn’s work is often highly gestural and layered, the artist’s seductive colour palettes and intricately balanced compositions have a strong sense of place, even at its most abstract Diebenkorn’s work remains rooted in the outside world, and he is celebrated for capturing his surroundings on canvas without representing them literally.

Diebenkorn preferred California to the competitive New York art scene, and spent most of his life there, becoming a leading artist among the ‘Bay Area Figurative Painters’. The artist died in California in 1993.

In 2012, Diebenkorn’s Ocean Park #48 painted in 1971 became the most expensive picture by the artist ever auctioned when it sold for $13.25 million at Christies, New York.

We will be featuring Richard Diebenkorn’s work all week on our Facebook and Twitter pages, but in the meantime here is a selection of our favourite works by the artist: