Artist of the Week: Leonora Carrington 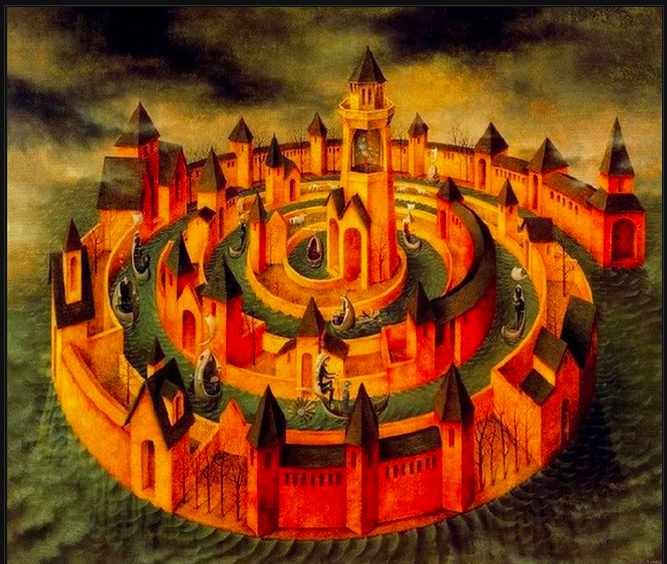 Artist of the Week: Leonora Carrington

PopUp Painting’s artist of the week is Leonora Carrington.

Leonora Carrington was an English-born Surrealist painter and novelist. She lived most of her adult life in Mexico City, and was one of the last surviving participants in the Surrealist movement of the 1930s.

Carrington established a distinctive take on Surrealism, working alongside other key members of the movement, such as Salvador Dali and Max Ernst, her paintings, filled with eccentric characters shifted between plant, animal, human, objects and everything in between.

Arguably more famous for her personal life than her art, her biography is almost as unusual as her marvellous creations. The daughter of a wealthy British industrialist, in 1935 she turned her back on her upper-class upbringing in northern England (after embarking upon a complicated relationship with fellow surrealist Max Ernst) and established her unique voice within the vibrant creative culture of Mexico in 1941.

It was in Mexico that Carrington’s practice began to expand and evolve. She filled plays, short stories and textiles with her extraordinary worlds, embracing set and costume design for productions including her own, Penelope. Refusing to be constrained or restricted by conventional limitations, Carrington’s expanded practice has made her an inspiration to many contemporary artists working across creative channels and platforms. Her patron Edward James commented in 1975 that:

‘she has never relinquished her love of experimentation, the result being that she has been able to diversify and explore a hundred or more techniques for the expression of her creative powers’.

Carrington was also a founding member of the Women’s Liberation Movement in Mexico during the 1970s.

We will be featuring Leonora Carrington’s work all week on the Facebook and Twitter pages, but in the meantime here is a selection of our favourite works by the artist: