Artist of the Week: Peter Doig 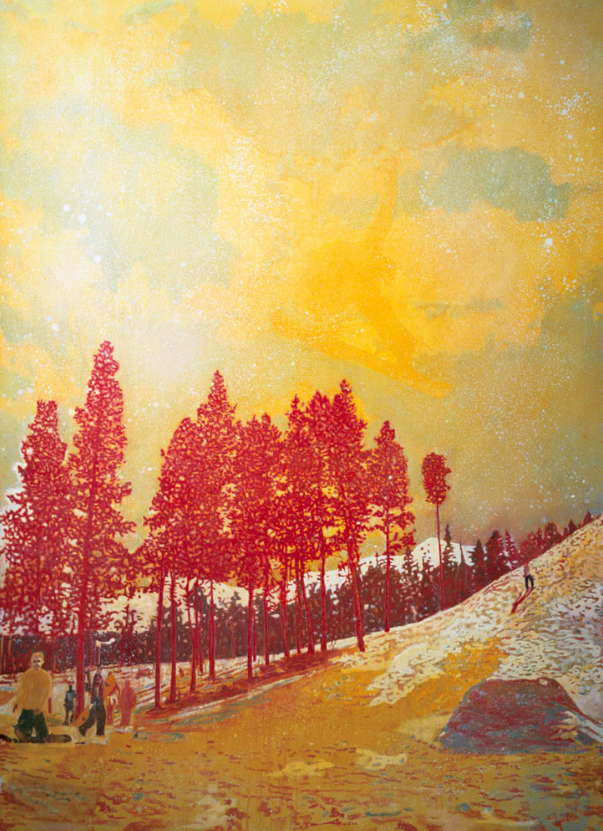 Artist of the Week: Peter Doig

PopUp Painting’s artist of the week is Peter Doig. Peter Doig is a Scottish painter, who is regarded as one of the most renowned living figurative painters.

The artist was born in Edinburgh in 1959, however much of his childhood was spent in Canada and Trinidad.

Doig creates figurative paintings that depict recognisable imagery such as buildings and figures, however their loaded and layered surfaces still have the ability to disorientate viewers. Up close the large scale paintings border abstraction. The artist uses a variety of imagery, often sourced from digital screens, and invites us to consider the status of the people, places and events that populate his pictures, whether they exist in private or public realms, in personal or shared experiences. The works also hint at an artist measuring the gaps between thought and language, painting as an individual pursuit and a shared experience, however ultimately the works are to do with the placement of pigment on canvas and how the painted image attains a specific resonance, a condition that is beyond words.

“Amid all the nonsense, impostors, rhetorical bullshit and sheer trash that pass for art in the 21st century, Doig is a jewel of genuine imagination, sincere work and humble creativity.”

In 2007, Doig’s painting ‘White Canoe’ sold at Sotheby’s for $11.3 million (at that time an auction record for a living European artist) and in February 2013, his painting, ‘The Architect’s Home in the Ravine’, sold for $12 million. The artist now lives in Trinidad, something that is rumoured to have been spurred on by the unexpected popularity of his work.

Peter Doig was nominated for the Turner Prize in 1994.

We will be featuring peter Doig’s work all week on our Facebook and Twitter pages, but in the meantime here is a selection of our favourite works by the artist: