Artist of the week: Horace Pippin 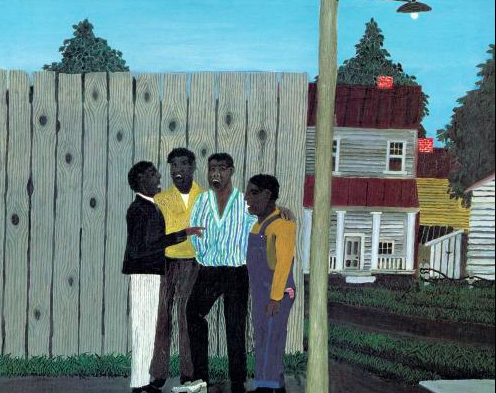 Artist of the week: Horace Pippin

PopUp Painting’s ‘Artist of the Week’ is Horace Pippin.

Horace Pippin was a self-taught African-American painter who worked in a naive style. The injustice of slavery and American segregation feature prominently in many of his works.

The artist was born in Pennsylvania and grew up in Goshen, New York. Pippin served in the 369th infantry in Europe during World War I, where he lost the use of his right arm after being shot by a sniper. While in the trenches, Pippin kept an illustrated journal which gave an account of his military service. Pippin initially took up art to strengthen his wounded right arm; he completed his first oil painting, ‘The End of the War: Starting Home’ around 1930. By the late 1930s critics and dealers alike began to champion Pippin’s distinctive paintings that captured his childhood memories, war experiences, scenes of everyday life, landscapes, portraits, biblical subjects, and American historical events. One of his best-known paintings, his Self-portrait of 1941, shows him seated in front of an easel, cradling his brush in his right hand  as he used his left arm to guide his injured right arm when painting.

In the eight years between his national debut at the Museum of Modern Art’s traveling exhibition “Masters of Popular Painting” (1938) and his death at the age of fifty-eight, Pippin’s recognition increased on the east and west coasts. During this period, he had three solo exhibitions in Philadelphia, Chicago  and San Francisco, while private collections and museums such as the Barnes Foundation, the Philadelphia Museum of Art and the Whitney Museum of American Art, purchased his works.

In 1947 critic Alain Locke described him as “a real and rare genius, combining folk quality with artistic maturity so uniquely as almost to defy classification.”

We will be featuring Horace Pippin’s work all week on our Facebook and Twitter pages, but in the meantime here’s some of our favourite works by the artist: