Who will make the Turner Prize shortlist 2015?

Who will make the Turner Prize shortlist 2015?

The annual Turner prize is viewed as one of the most important and distinguished art prizes in the UK, it showcases what is thought to be some of the most important and innovative contemporary artists (under the age of 50) working in Britain. As the April 13th deadline for the public to nominate an artist for this years prize came and went, I began to reflect on who I would like to see on this years shortlist. Ryan Gander: Ryan Gander is a British artist from Chester (1976). His work falls under the category of conceptual art, however it is difficult to pin down Gander’s multi-faceted practice. The artists work takes on many forms, the idea/concept informs the work and thus it can take on any physical format, from an installation that the viewer can only see from a window, to a kids play den made from marble. Humour, spoofs and mystery underpin much of his work and as a viewer one is often left wondering whether they are in on the joke or the one being mocked. 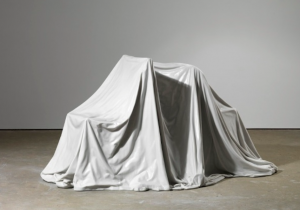 Gander has been overlooked by the Turner prize for the past number of years, something that has surprised his contemporaries and critics alike. With such an innovative practice and having made such a large contribution to British contemporary art, here is hoping that Gander will finally make the shortlist. We can expect to hear the announcement of the shortlist in late June/early July, so watch this space!